Proposed “Tort Reform” includes capping awards of damages and limiting the ability to file claims. Tort reform advocates lead people to believe that civil justice reforms are needed to rein in frivolous lawsuits, costs for businesses and the public at large. For the average citizen, this means a loss a liberty and restricted access to the courts set up to protect you. The idea that tort reform is good for the “people” is a farce. Tort reform benefits one sector of society: the rich and powerful who want to be richer and more powerful. 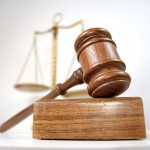 Tort reform advocates throw the word “greed” around when defending their position; but, is it “greedy” to seek justice when you’ve suffered an injury from someone else’s negligence? Victims and their attorneys are routinely blamed for rising medical costs, yet according to the Congressional Budget Office, medical malpractice accounts for less than 2% of health care costs.

Medical mistakes have life-changing effects leading to the loss of mobility and livelihood. There are approximately 440,000 people who die due to the negligence of heath care provider each year in our country; making medical errors the third leading cause of death for Americans. Tort reform caps the amount an individual or family could monetarily recover for the injury or death of a loved one preventing the victims from having the quality life they would have had if the negligence had not occurred. http://www.forbes.com/fdc/welcome_mjx.shtml.

Victims and their attorneys are also accused of drumming up “job-killing” lawsuits for both small and large businesses. The truth is that based on a survey of members of the National Federation of Independent Businesses, threat of lawsuits ranks low on the list of potential problems for business owners.

So-called frivolous lawsuits are also used to justify tort reform. The now-infamous case of Liebeck v. McDonald’s, where a woman was awarded over $2 million for suffering burns from a hot cup of coffee, outraged many. However, a closer look at the case shows that an elderly Liebeck suffered burns that required and 8-day hospital stay. In her original complaint, she asked for only $20,000 for payment of medical bills and lost wages. McDonald’s refused and decided to play it out in court- this turned out not to work in their favor as more cases of their coffee causing severe burns were brought to light. An outraged jury awarded Liebeck for punitive damages in addition to her medical costs, physical damages, lost wages and attorney fees.

Next time you hear of a so called “frivolous lawsuit”, don’t be quick to judge – there’s probably more to the story!

While tort reform advocates would lead you to believe that it protects the average citizen from rising costs, nothing could be further from the truth. The true beneficiaries of Tort Reform include large corporations, pharmaceutical companies and the medical industry that see tort reform as a way to shirk financial responsibility for life-changing errors and avoid accountability.

Wilson Law, P.A. strongly supports the work of Public Citizen to be sure Americans continue to have access to the court system and receive just compensation if they are injured due to the negligence of others. Please join us in the fight to keep the courts open to its citizens!