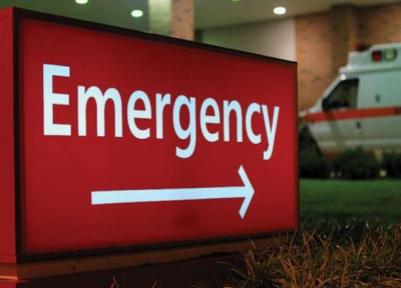 In North Carolina, tort reform has changed medical malpractice laws to make it more difficult for injured patients to bring cases against doctors in cases of an emergency medical condition.  This does not only apply to the ER – this also applies to any medical professional acting in an emergency.  The Emergency Medical Treatment and Active Labor Act (EMTALA) defines an emergency medical condition “as a medical condition manifesting itself by acute symptoms of sufficient severity (including severe pain) such that the absence of immediate medical attention could reasonably be expected to result in—(i) placing the health of the individual (or, with respect to a pregnant woman, the health of the woman or her unborn child) in serious jeopardy, (ii) serious impairment of bodily functions, or (iii) serious dysfunction of any bodily organ or part.”  There have been calls to amend the laws to only pertain to the emergency room (ER), but these changes have not been made.

SB33, which was passed in 2011, added protection to medical personnel acting in an emergency medical condition by enacting tougher standards of proof in these situations. One such protection is that when a plaintiff pursues a malpractice case after an encounter classified as an emergency medical condition, they must prove “gross negligence”. This is a more serious form of negligence that goes further than simple carelessness. While regular negligence is seen as a medical personnel falling below an expected standard of care, gross negligence is seen as a complete failure to show care that in fact implies recklessness or willful disregard for safety and human life. In the past, it was only necessary to prove that the health care provider failed to meet the applicable standard of care of others in the same profession; or, otherwise called “ordinary negligence”.  This higher standard is harder to prove and arguably grants a type of immunity to emergency personnel and medical practitioners providing care in the applicable emergency situations.  This heightened burden of proof sets the stage for negligent health care providers to argue that “emergency medical conditions” exist, when in fact, they do not.  By arguing that a patient was experiencing an emergency medical condition, a negligent doctor may escape liability even though the care he provided was sub-standard.

Another protection afforded to medical practitioners by tort reform was the raised standard of proof against medical personnel acting in an emergency situation from the lower standard of “preponderance of the evidence” to “clear and convincing evidence”. Under the reforms, this burden of proof applies when offering evidence that the medical practitioner violated the standards of practice. In cases involving emergency situation in North Carolina, an injured person must show negligence was substantially more likely than not. This is a very high burden that makes it much more difficult for patients to win medical malpractice cases.

Affording any type of medical professional immunity from litigation for life-changing mistakes is not permitted in most states. Thus, North Carolina citizens are not afforded the same type of legal recourse against negligent health care providers as fellow citizens in other states.