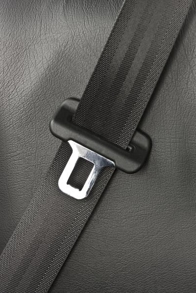 Teenagers and young adults don't always make the best decisions regarding their safety. Whether it's due to a feeling of invincibility, a desire to rebel against authority figures in their life, or a lack of experiences which teach them the consequences of their actions, teens and young adults can often act recklessly, especially when it comes to wearing their seat belts.

It's crucial that we take actions to compel young drivers to start wearing their seat belt more often. Here are a few things you can do to encourage responsible seat belt behavior in your children:

The attorneys at Wilson Law, P.A. have witnessed first-hand the devastating injuries that result when people aren't wearing their seat belt during a car accident. Kimberly Wilson White has been fighting for the rights of car accident victims in the Raleigh area for over 15 years, and she will aggressively pursue the compensation to which you're entitled.

Please contact Wilson Law, P.A. using the form on this page or call (919) 800-0919 today to schedule your free car accident consultation. We serve clients in Raleigh, Durham, Chapel Hill, and throughout North Carolina.